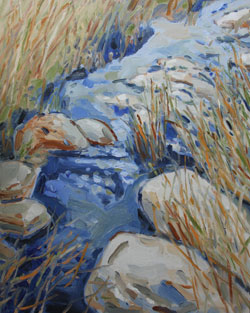 Ted Cowart has spent his lifetime dancing with the call to be a painter.

At times it was the center of his world, his livelihood, his sole provider. At others, it was the hollow place in his daily life, the friend left behind, the talent set aside.

When he was just a few years old and living in Houston his parents gave him a large chalk board and boxes of colored chalk. He used them to entertain his parents' friends with drawings of objects, people and animals.

By the time he was eight he had won innumerable prizes for his drawings and posters. It led to a scholarship to the Museum of Fine Arts Houston art classes. For the next ten years he attended the classes, working them around his regular schooling. As much as the classes benefited him however, he was also getting an education he was not aware of and one that would form the soul of his works today.

"During that time, I was surrounded by the classics, especially the great artists of the early 20th century," Cowart says. "Those art movements were a great influence on me." 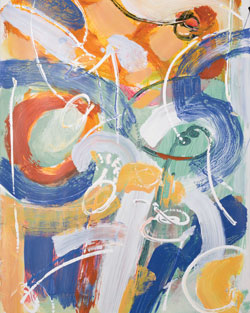 Ted's college education began at the University of Houston, where he was a fine arts major and award winning set designer for university operas and productions. Shortly thereafter he heard about the Los Angeles Art Center College of Design. His calling suddenly had a destination.

With stubborn determination, he decided to seek admission and soon became one of the youngest students ever accepted. Comparing it to the most grueling of boot camps, the college put him to the test. He emerged on fire.

With new found thirst for experience and adventure, Cowart thought he might have to put things on hold when it came time to do military service. But his enlistment turned into an opportunity, not only to see the timeless beauty of the old continent but to expand his artistic talents (and income) painting portraits of officers and their wives. After the service, he remained in Europe, using his art to make ends meet. He traveled until money began to run short - finally finding himself drawing flamenco dancers in a Barcelona restaurant.

With the decision made to return to the States, Cowart let a friend take his works to several agencies in New York. In a matter of weeks, Cowart had many offers. Because of its diversity of clients, he went with Hockaday Associates and soon entered the wild and rough design world of New York City. 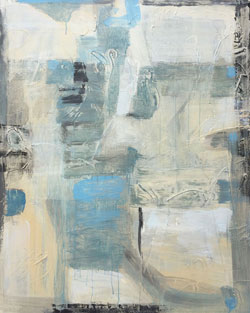 The timing was good. As Andy Warhol moved into the art world, Cowart retained many of his clients. In just a few years, Cowart was working with all the top photographers, models and designers - the "creme de la creme" of Madison and Park Avenues.

By all intents and purposes, Cowart was literally on top of the world.

But it had come with a price.

"I started missing having my own creative time - time to express just myself, on canvas in my own terms and without creative restrictions. It wasn't apparent to me right away other than knowing something was missing."

When one day he loaded his palate, picked up a brush and stood before a large empty canvas, what was missing swept over him like a religious conversion. Unknowingly, he had just ushered in an entirely new chapter of his life.

By then it was around 1974, and an offer had come from Neiman Marcus to take on a project in Dallas. The chance to return to his home state as well as work for the most famous retail store in Texas could not be passed up. At the end of the project, he made the decision to return to Houston to live.

His advertising business thrived in Texas, keeping him dashing between Dallas and Houston. 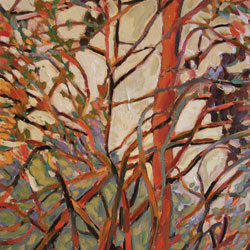 "Then one day I picked up a paint brush and started painting again. And one more time, I felt this void fill. I felt I was suddenly working on something that was not finished," Cowart recalls, noting that was the time he decided once and for all to turn his life back to being an artist.

He began painting prolifically. New styles emerged. Old styles were revised. He bought a second home in Palm Springs and there had his first solo show. Dozens of shows, galleries and international collections later, Cowart has found his passion and lives it.

These days, there is no question where art stands in Cowart's world.

From the moment one steps into his town home in Houston's fashionable River Oaks neighborhood, there is the unmistakable, intoxicating smell of oil paint. It's a smell drifting down from his rooftop studio, but it pulls the visitor toward the large paintings which fill his walls, to the sketches scattered about the living room floor in preparation for an upcoming show, to the open portfolios of past shows.

All the senses become tuned to art and expression. And soon all attention turns to the center of it all, a body of untamable energy - the painter. 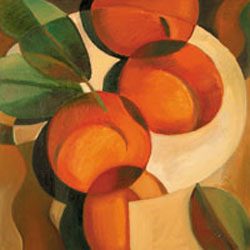 Readying for new shows, meeting with writers, photographers and collectors - there are many things that pull him from his painting, but these days Cowart refuses to put his brushes down as he did in his past. He sets aside time each day to confine himself to his rooftop studio and let himself go in a world of color, memories, visions and emotion.

Most of his works are of subjects that have special meaning in his life or in his memories, though the admirer should not waste too much time trying to figure out that connection. It is simply the means by which the artist has drawn himself into his subject and released an array of emotions to which viewers are drawn.

Ted's work is now in collections throughout the United States and Mexico.

Ted Cowart works in a variety of media on canvas and paper. In addition to his gallery representation, the artist also works directly with independent artist reps and interior designers.

Ted's paintings are included in many private and public collections throughout the United States and Mexico.

To arrange an appointment to vist the artist's gallery, click contact. To discuss a painting or commission, call or email.

To learn more about Ted and his work, visit the links below.